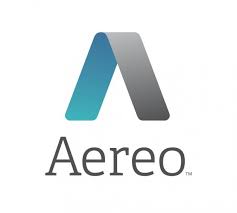 Aereo captures over-the-air television broadcasts and streams them to Aereo subscribers over the Internet. While the broadcasters claim this is copyright infringement (unauthorized public performance), Aereo has created an “antenna-farm” system designed to avoid allegations that its rebroadcast is a public performance under U.S. copyright law. CBS Broadcasting and other broadcasters brought suit for copyright infringement in federal court in New York.  However, Aereo convinced both the federal district court and the Second Circuit Court of Appeals that Aereo does not violate copyrights in the broadcasts. (Aereo shows “how it works” here).

Aereo rolled out its first implementation in New York, and the Second Circuit “test case” was decided there. Now, Aereo plans to launch its service in 22 cities before year end. Boston is scheduled to launch on May 30th. Apart from the legalities of the underlying copyright claim, this raises the question whether the broadcasters can re-challenge the Aereo service as it launches in new locations outside the Second Circuit (which is comprised of New York, Connecticut and Vermont). Unfortunately, federal law in the U.S. is not always uniform. For example, Aereo may have prevailed in the Second Circuit (i.e., New York), but the broadcasters may be able to successfully challenge Aereo in the First Circuit (Boston) when it launches here, and perhaps get a different result. In fact, according to Aereo CBS has threatened to do just that, stating  (after losing in New York), “we will sue in Boston.”

Aereo, whose legal acumen should not be underestimated, does not want to wait to be sued in Boston (or anywhere else in the U.S.), at least not by CBS Broadcasting or CBS’s affiliates. On May 6th it filed a preemptive suit in the Southern District of New York, asking that court to enjoin CBS from filing what Aereo calls “duplicative follow-on suits” or “do overs.” Its new lawsuit was assigned to the same federal district court judge that refused to enjoin Aereo’s system in the first place.

After reviewing Aereo’s complaint, it seems that this suit is tactical rather than strategic.

The suit names 12 defendants in cities where Aereo intends to offer its service, but they are all owned by or are affiliates of CBS Broadcasting. Aereo asserts that CBS’s New York lawsuit sought a nationwide injunction against Aereo, and therefore the outcome of the New York suit governs the nationwide legal relationship between Aereo and CBS, including CBS subsidiaries and affiliates. CBS should not, Aereo argues, be entitled to relitigate the same issue in another federal court.

CBS may be the most aggressive Aereo plaintiff, and it is possible that Aereo believes that by excluding CBS from follow-on cases it will weaken the plaintiff side of the case. But even if CBS is precluded from filing suits outside the Second Circuit (not a foregone conclusion), that will leave several large broadcasters free to file suit in those districts. For example, even though NBC, ABC, PBS and Fox were parties to the New York case, they are not named in Aereo’s declaratory judgment suit. Even if they were added to the suit, it should not be difficult for the broadcasters to find a broadcaster that was not a party to the New York case to carry the flag for them outside of New York. The broadcasters’ strategy may be to challenge Aereo in every federal circuit that Aereo enters, obtain at least one favorable decision (which shouldn’t be hard to do — the Second Circuit’s Aereo decision is controversial and vulnerable to a different interpretation of the law),* and seek Supreme Court review when a split in the circuits develops.

The bottom line is that the Second Circuit decision favoring Aereo was, as far as the broadcasters are concerned, a battle, not the war. I anticipate that the broadcasters will ultimately prevail, and that Aereo’s attempt to block additional suits by CBS will turn out to be a minor impediment in the broadcasters’ campaign to have Aereo’s “antenna farm” system of rebroadcast declared illegal under U.S. copyright law.