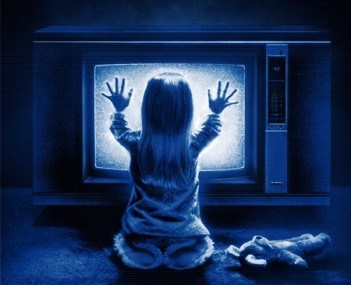 “Streaming copyrighted works without permission would drastically change the industry, to plaintiffs’ detriment. . . . The strength of [broadcasters’] negotiating platform and business model would decline. The quantity and quality of efforts put into creating television programming, retransmission and advertising revenues, distribution models and schedules — all would be adversely affected. These harms would extend to other copyright holders of television programming. Continued live retransmissions of copyrighted television programming over the Internet without consent would thus threaten to destabilize the entire industry.”  – Second Circuit in  WPIX, Inc. v. ivi, Inc. (2012)

Did the Second Circuit make a mistake in Cablevision and compound it by its decision in Aereo? What are the potential business, legal and legislative strategies available to the broadcast companies as Aereo continues its 22 city rollout? These are the questions I’ll discuss in this last of a four post series on the Aereo case.

Did the Second Circuit Misapply the Copyright Statute in Cablevision and Aereo?

The holdings in Cablevision and Aereo have been controversial in the copyright law community. Few observers doubt that there is a significant risk that courts outside the Second Circuit, including the Supreme Court, will knock out the key leg of Cablevision’s three-legged stool*: the holding that the retransmission of broadcast signals are not a public performance where each user receives its transmission from an individualized copy. As noted in post 3 of this series of posts, one federal court has already taken this step in California.  Fox Television Stations v. BarryDriller (C.D. Cal. Dec. 27, 2012)

*The other two legs, which were not the basis for the broadcasters’ legal challenge in Aereo, are the holdings in Cablevision that (1) a transitory RAM buffer does not constitute an infringing copy; and (2) it is subscribers, not Cablevision, that exercise the “volitional conduct” that causes copies to be made on Cablevision’s system.

To perform or display a work “publicly” means—

The Second Circuit’s decisions in Cablevision and Aereo hold that the word highlighted above—“it”—does not refer to the performance of the underlying work, but the transmission of the work. In effect, the Second Circuit reads the statute to define a public performance to require that the public be “capable of receiving the transmission,” rather than the performance. They hold that if only one person is capable of receiving an individualized  transmission (as is the case with both the Cablevision and Aereo systems), there is no violation of the copyright holder’s exclusive right to perform the work.

However, there is wide disagreement with this interpretation of the law, which converts a transmission to thousands of members of the public

from “public” to “non-public” by making thousands of copies of the underlying performance and transmitting separate copies to each member of the public. This doctrine is based on a loophole that, arguably, is not a valid construction of the statute and was never intended by Congress.

As the district court noted in BarryDriller, “the concern is with the performance of the copyrighted work, irrespective of which copy of the work the transmission is made from. Very few people gather around their oscilloscopes to admire the sinusoidal waves of a television broadcast transmission.” Put another way, the question is whether all copies of a performance embody the same performance, or whether each copy of a performance is its own distinct performance. In the first case Aereo was incorrectly decided, in the second case it was not.

In the Aereo decision itself Judge Chin’s powerful dissent took a different approach in arguing that Aereo’s system—which he described as a “sham” and an “over-engineered … attempt to avoid the reach of the Copyright Act and to take advantage of a perceived loophole in the law”—falls squarely within the definition of a public performance. Judge Chin argued that it is legally irrelevant, under the statutory definition, that Aereo uses an intervening process, in the form of individual antennas and multiple copies, before sending multiple transmissions to the public. His argument on statutory construction is simple:

1. To “transmit” a “performance” is “to communicate it by any device or process whereby images or sounds are received beyond the place from which they are sent.” (Copyright Act, § 101).

3. Aereo’s system of antennas and individual stored copies is a “device or process,” and using that device or process Aereo “transmits or otherwise communicates” copyrighted images to its subscribers. (Copyright Act, § 101).

Judge Chin argued that this statutory construction is also supported by the legislative history of the law and prior court opinions. Although he argued that Cablevision was wrongly decided (recall that Judge Chin was the district court judge in that case, and he found that Cablevision’s network-DVR did infringe the public performance right before being reversed by the Second Circuit), he also distinguished Aereo from Cablevision on various grounds, including the fact that Cablevision had a license to transmit the works that were saved on its network-DVR system, whereas Aereo had no license to the works it was taking from the airwaves and transmitting to its customers.

The Broadcasters: What Should They Do Now?

To say that the broadcasters are facing complicated strategic decisions in this case is an understatement. It goes almost without saying that they can lobby Congress to amend the law in such a way as to bring Aereo’s system within the definition of a public performance. However, amendments to the copyright statute, which underwent its last major rewrite in 1976, are few and far between.

They can also respond, as Fox has threatened to do, by cutting over-the-air transmissions altogether, so Aereo cannot obtain their programming. However, this threat seems like a bluff, since

it would reduce their viewership and cut their advertising revenues, which are not affected by retransmissions by Aereo. As Holman Jenkins quipped in the Wall Street Journal, Fox’s threat to yank its signal from the air brings to mind the old joke about the hostage taker who puts a gun to his own head and says, “One false move and the idiot gets it.”

In addition, it likely will be a long time before Aereo’s service (or copycat services) will cut into the level of existing cable service, or grow to the point where an appreciable number of cable subscribers would “cut the cord” and impact the retransmission fees broadcasters are receiving from cable companies.*

* Nevertheless, skirmishing on this front has already begun with Senator John McCain’s bill that would penalize a broadcaster that withdrew its signal from the public airwaves.

Despite these practicalities, the broadcast industry is trying to stop this extension of the Cablevision case before it mutates into something that the broadcasters may not be able to anticipate today. After all, no one was predicting the Aereo system when Cablevision was decided in 2008. That case cost the broadcast industry nothing since, unlike Aereo, the beneficiaries were already cable subscribers, and the network-DVR did nothing more than move the DVR from the set-top to the Cablevision server head-end. Who is to say what new technology lies around the next turn in the technological bend that may be impossible to predict today but which, in hindsight, may be facilitated by Aereo? The broadcasters may conclude that their best strategy is to take legal action against every challenge to their traditional structure; even if Aereo is a minor economic irritant today, they should fight Aereo today, in order to head off unforeseeable future threats to their business models.

As far as the broadcasters’ specific legal strategy goes, it is clear that the broadcast industry’s best hope is to have the Second Circuit decision in

Aereo reach the Supreme Court. As discussed above, there is a reasonable likelihood that the Supreme Court will reverse the Second Circuit’s decision in Aereo and put a stop to this particular problem well before it grows to a size that will threaten broadcast retransmission revenues.* Unfortunately for the broadcasters, the BarryDriller case has caused them to lose control of that strategy. While a Ninth Circuit decision upholding the district court’s injunction on an Aereo-like system may lead to the circuit split they need to obtain a Supreme Court appeal, they cannot control the legal positions taken in that case necessary to prepare the groundwork for a Supreme Court appeal. And, at least for now, they cannot offer the Aereo service in California.

*Coincidentally, Supreme Court Justice Ruth Bader Ginsburg’s daughter, Columbia Law School Professor Jane Ginsburg, has been one of the most outspoken critics of Cablevision and Aereo. Of Aereo Professor Ginsburg commented that the decision, which was issued on April 1, 2013, is “so inconsistent with statutory text and policy as to inspire surmise that that the ruling was an April Fool’s prank.” (See Aereo: The Second Circuit Persists in Poor (Cable)Vision). While it’s unlikely Justice Ginsburg would recuse herself for this reason, Justice Kagan may not participate in the case — she was the U.S. Solicitor General when Cablevision filed a Supreme Court appeal in that case, and the government opposed Supreme Court review.

To make things even more complicated, Aereo has itself gone on the offensive, filing a suit in New York asking the federal district court to enjoin CBS

from bringing another copyright suit against Aereo in any other federal district. (See my earlier post on this case here). While, if successful, this would only affect CBS, it could be expanded to include other plaintiffs in the New York case, leaving the broadcasters only with affiliates to prosecute cases against Aereo in other districts. While the extent to which Aereo’s bold strategy (if it succeeds) will hobble the broadcasters’ legal offensive is uncertain, it may weaken the broadcasters’ attempt to sue Aereo in another district and obtain a precedent which, when set against the Second Circuit decision, will create a circuit split and lead to a successful Supreme Court appeal. Clearly, Aereo’s strategy seems intended to force the broadcasters to rely on BarryDriller and the Ninth Circuit to accomplish that.

If the “TV wars” sound complicated, it’s because they are. And, to use a military analogy, the Aereo campaign is only one front in a multi-front war that is in full swing as television migrates to the Internet. There is much, much more to come. Stay tuned.