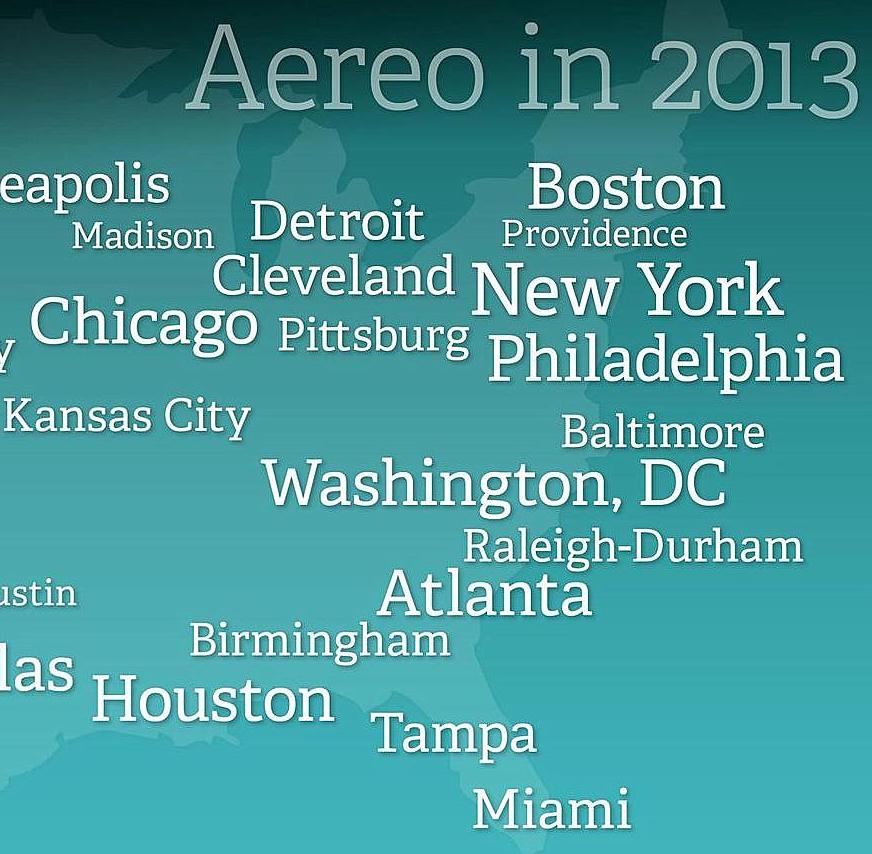 In Parts 1 and 2 of this series of posts I discussed how Aereo designed its broadcast-TV-to-Internet system to fit within the ruling established by the Second Circuit in the Cablevision case anticipating that it would be sued for copyright infringement by a group of broadcasters.

The broadcasters did file suit against Aereo, and in the Second Circuit, the very circuit in which Cablevision is controlling law and the circuit in which Aereo, not coincidentally, first offered its service. Home territory, in a manner of speaking. As expected, Aereo wrapped itself in Cablevision, and the district court ruled that Aereo’s “one antenna-one viewer” system did not violate the broadcasters’ public performance right under the Copyright Act. On this basis the district court denied the broadcasters’ request for a preliminary injunction that would have forced Aereo to stop operations in the Second Circuit, at the very least.

The broadcasters appealed this ruling to the Second Circuit, which upheld the district court. The Second Circuit held that its holding in Cablevision controlled the outcome in Aereo, and set out four conditions that needed to be considered in evaluating a challenge to a rebroadcast system such as Aereo’s based on the copyright public performance right:

Aereo satisfied this four-factor test. Its system relies on individual transmissions that can be received by only one subscriber. These individual or “private” transmissions are not generated from the same copy of the work, but rather from the “unique copies” that are created for each subscriber. The transmission of these separate copies should not be aggregated for purposes of determining whether Aereo was violating the broadcasters’ public performance rights. Thus, the fact that Aereo might be transmitting 50,000 individual copies of the Super Bowl at the same time does not turn its rebroadcast system into a public performance.

The broadcasters fought valiantly, but without success, to distinguish Aereo from Cablevision:

As the Second Circuit noted, the broadcasters’ arguments boiled down to an attempt to persuade the court to overrule Cablevision, something the Aero court lacked the authority to do.* The broadcasters have filed a request for en banc review of the case which, as of the time of this post, has not been acted on. Cablevision remains the law of the Second Circuit, and it controlled the outcome of the broadcasters’ suit against Aereo, at least at this stage of the case.

*The circumstances under which a federal appeals court panel may overrule a decision of an earlier panel are sharply limited.

While the Aereo case has come to at least a temporary conclusion in the Second Circuit (pending a ruling on en banc review), a similar case is pending in the Ninth Circuit. In Fox Television Stations v. BarryDriller (C.D. Cal. Dec. 27, 2012),* the California district court rejected the rationale of Cablevision and Aereo, and enjoined a “technologically analogous” broadcast system on the very grounds rejected by the New York federal courts. Like Aereo, the system at issue used mini-antennas, a transient buffer copy and unique copies of programs.

*For an explanation of why the defendant company named itself “BarryDriller” see this article on paidcontent.com.

However, after reviewing Cablevision, the district court found that Cablevision “is not the only possible reading of the statute.” The court found that the copyright statute does not, by its terms, require that a public performance be received from the same transmission, the central holding in Cablevision: “the concern is with the performance of the copyrighted work, irrespective of which copy of the work the transmission is made from. … Cablevision’s focus on the uniqueness of the individual copy from which a transmission is made is misplaced.”

Will the Supreme Court Take This Case?

BarryDriller case is on appeal to the Ninth Circuit Court of Appeals. If that court upholds the district court and the Second Circuit either declines to review Aereo en banc or upholds the Second Circuit panel decision, there will be a split of authority between the two circuits, making these cases strong candidates for Supreme Court review. While the Supreme Court accepts only about 1% of cases appealed to it, and infrequently reviews copyright matters, the importance of this issue,* and a clear circuit split, would give the cases a good chance for Supreme Court review.

*As the broadcasters said in the first sentence of their en banc petition, “A recent … decision of this Court raises a question of exceptional importance; it effectively overturns a congressional mandate that is the foundation for much of the current system for delivery of television programming.”

And, there a prospect of additional circuit splits over the Cablevision issue as Aereo introduces its service in

additional markets throughout the United States and is sued in one or more of those circuits, which would only increase the likelihood of Supreme Court review. The imminent release of Aereo in Boston would give the broadcasters a chance to present their arguments to the Massachusetts federal courts.

In the next, and last, post in this series, I’ll discuss the widespread criticism of Cablevision and Aereo, which will be presented to additional circuits should Aereo be sued in other circuits. And ultimately, perhaps, before the Supreme Court.

Click here to go to Part 4 in this series of posts.