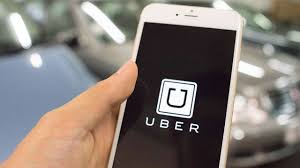 Online agreements are nothing new to the Internet but companies are still struggling to implement them in a way that will assure their enforceability.

The latest company to fail this test is Uber Technologies. A June 2018 decision issued by the First Circuit Court of Appeals in Boston held an online agreement presented to the users of the Uber smartphone app in 2012 and early 2013 was not sufficiently conspicuous to be enforceable. The terms and conditions stated that users of the app could not participate in a class action and were required to resolve any dispute with Uber by means of binding arbitration. Because the First Circuit held that this agreement is not enforceable the plaintiffs in this case—who claim that Uber engaged in unfair and deceptive pricing —will now be free to proceed with a class action against Uber.

In Ajemian the state court established the following two-part test for the enforceability of an online agreement: the contract terms must (1) be “reasonably communicated” to the user and (2) accepted by the user.

The hyperlink appears at the bottom of the left screen, and above the phone numbers in the right screen. Users of the app were not required to view the terms and agree to them, and therefore Uber’s agreement may best be viewed as a “browsewrap” agreement, where assent is given merely by using the site.*

*In contrast, a “clickwrap” agreement requires the user to click “I agree,” but not necessarily view the contract. A “scrollwrap” requires users to physically scroll through the agreement and click on a separate “I agree” button in order to assent to the terms and conditions of the website.

This was not enough for the First Circuit, which found that the hyperlink was not sufficiently conspicuous to form a contract between Uber and the users of its app.

In reaching this conclusion the court closely examined the design of the Uber app’s interface, noting that the “Terms of Service & Privacy Policy” hyperlink did not have the common appearance of a hyperlink which, according to the court, is commonly blue and underlined. This raised concerns as to whether a reasonable user would have been aware that the gray rectangular box was actually a hyperlink. Nor, the court concluded, was this hyperlink conspicuous when viewed in the context of all the other information presented on the screen: “If everything on the screen is written with conspicuous features, then nothing is conspicuous.”

This case is yet another warning to online companies to be careful when designing online agreements. This can be challenging, and as this case illustrates it is even more difficult when the user must agree to terms and conditions via the interface of a smartphone app.

It’s in the interest of the company designing an app to make registration as quick and easy as possible, and in this case Uber made the decision not to require prospective users to click any screen buttons to accept its terms or access and view the terms before completing the registration process. Instead they designed a smartphone screen that, at least in the eyes of the First Circuit, was inadequate to communicate the existence of these terms to users.

While this case was decided under Massachusetts law and courts in other states might view this issue differently (indeed, might even have reached a different outcome in this case), the decision is a warning that while browsewraps may be convenient they are vulnerable to enforcement challenges, and companies must be particularly careful when attempting to implement them on smartphones.