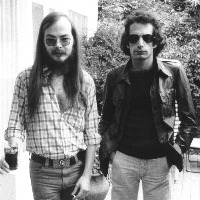 The first time I heard of a “buy/sell agreement” was around 1970 when I was 19  – just a few years before I fell in love with Steely Dan’s music.

Back then my father owned a textile business in Haverhill, Massachusetts with a 50-50 “partner,” and he explained that the business had insurance policies on both of their lives. If either partner died, the insurance would fund the purchase of the deceased partner’s shares, and the surviving partner would end up owning 100% of the company.

Fortunately, neither my father or or his partner ever had to exercise rights under this agreement – my father retired in 1981, and sold his half of the business to his partner.

It turns out that at around the same time that I first heard of a buy/sell agreement Donald Fagan and Walter Becker, the creative geniuses behind Steely Dan, were doing something similar.

In 1972 Fagan, Becker and several other band members, entered into a buy/sell agreement providing that upon the death of any owner of shares in Steely Dan, Inc., the company would buy back that member’s shares. A classic, simple buy/sell agreement that my father would have recognized. The most significant difference is that Steely Dan didn’t fund the purchase of the deceased member’s shares with insurance – instead the shares would be purchased based on the “book value” of the company, which would be determined by the company’s accountants.

According to Fagen this agreement has remained in effect and unaltered for 45 years, and by 2017 Fagen and Becker were the only two remaining shareholders in Steely Dan. If true, when Walter Becker died in October 2017 his heirs became obligated to sell Becker’s shares back to Steely Dan, leaving Fagen the sole owner of Steely Dan, Inc.

However, according to a lawsuit filed by Fagen this month (November 2017), Becker’s heirs have refused to honor the buy/sell agreement, claiming it is no longer in effect. Fagen’s lawsuit attempts to force them to sell Becker’s shares back to Steely Dan.

What to make of all of this?

Forty-five years is a long time, and perhaps Becker’s estate has some basis for claiming that the buy/sell agreement was terminated or superseded. At this point we don’t know their side of the story. But given the existence of this agreement (which is not notarized but appears authentic), Becker’s estate faces an uphill fight.

If the agreement is enforceable, what can Becker’s estate expect to receive for Becker’s shares in Steely Dan, Inc.? Book value is simply assets minus liabilities, and Fagan’s complaint doesn’t disclose what Steely Dan’s assets and liabilities are. However, it’s worth noting that the agreement excludes from book value the “good will” of Steely Dan, which if included would have complicated and increased the determination of book value – the monetary value of “good will” can be difficult to establish, and by excluding this the members of Steely Dan likely were trying to keep things simple.

The agreement also doesn’t make any reference to who owns the most valuable assets associated with Steely Dan – the copyrights in the band’s compositions and the band’s recording contracts. It seems likely that revenues from these sources go directly to Becker and Fagen as composers and performers, but at this point we don’t know. If this is in fact the case, the only assets in Steely Dan, Inc. may be the name of the band (and therefore the right to perform in concert under the name), the domain name “steelydan.com” (which is referenced as an asset in the complaint) and the right to make commercial use of the “Steely Dan” trademark.

Most likely this case will settle out of court. If it doesn’t, we may learn more about the legal and business relationship between these musicians.