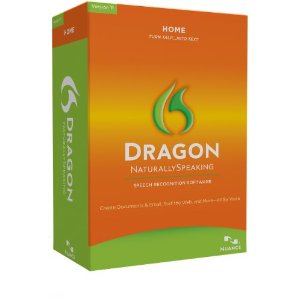 93A Opinion in Baker v. Goldman Sachs: What Happens When You Mix In Equal Parts A Start-Up, a Fraudulent Purchaser, a Tech Bubble and a New York Investment Banker?

Earlier this year, on the eve of trial in Baker v. Goldman Sachs in federal district court in Boston, I published a blog post describing the facts behind this unusual case, which involved the acquisition of Dragon Systems by Lernout & Hauspie in a $600 million all-stock deal. Soon after the acquisition closed the market discovered that Lernout had fabricated its Asian sales figures. This was quickly followed by Lernout’s bankruptcy, which left Dragon (owned by the Bakers, husband and wife founders) holding worthless Lernout stock. (Baker v. Goldman Sachs – The Business Deal From Hell).

The acquisition was negotiated and concluded in the first half of 2000, just as the technology bubble was beginning to deflate.

After a lengthy trial the jury ruled in favor of Goldman Sachs on all issues except the claim that Goldman violated M.G.L. c. 93A, the Massachusetts statute that makes illegal “unfair or deceptive acts or practices.” Under Massachusetts law, that claim must be decided by the judge.

Now, Massachusetts federal district court judge Patti Saris has issued her decision on the Baker’s 93A claims, holding that Goldman Sachs did not violate 93A. This ruling is not a surprise; judges rarely find a violation of 93A when a jury rules against a plaintiff on the underlying claims, which in this case were negligence, breach of fiduciary duty and fraud.

However, her opinion is a fascinating look into how a transaction of this magnitude can go wrong. In addition, I read her opinion to imply that, in her view, the jury should have found Goldman Sachs negligent. Of course, there is no explanation for why the jury ruled against the Bakers – perhaps the Bakers were unsympathetic witnesses, or they drew a hostile jury. Perhaps the jury failed to understand the case, or the Baker’s case was poorly tried. These are the risks of the jury system–you may be convinced you have a great case and the jury can still rule against you. And, to rub salt in your wounds, you will never know why.

But, the case shows what goes on behind the scenes in a transaction of this sort, especially when your investment banker is Goldman Sachs, which was paid $5 million for its services to Dragon Systems. Here are a few points from Judge Saris’ opinion that caught my attention:

=> The fact that Dragon allowed a 31 year old Goldman employee to be the leader on a $600 million deal of this importance to Dragon’s owners is a mystery. This brings to mind the saying, “young doctors, old lawyers.” For this case, I would change that to read, “young doctors, old lawyers and old investment bankers.”  A degree from a prestigious business school does not equal experience.

Dragon Made a Critical Decision Without the Involvement of Its Investment Bankers.  The sale of Dragon to Lernout initially had a large cash component – 50% cash/50% Lernout stock. But, this changed at a meeting at which Goldman Sachs was not present. Judge Saris wrote that “Janet Baker chose to pursue an all-stock transaction with [Lernout] for $580 million. By the end of the meeting, Janet Baker and [Lernout] signed a handwritten agreement setting forth a fixed exchange ratio for an all-stock acquisition of Dragon.  … Janet Baker made this napkin agreement without consulting Goldman.”

=> The fact that the Bakers modified the deal without consulting Goldman Sachs suggests a lack of business sophistication on the part of the Bakers. A “napkin agreement” to sell your company for 100% stock, without including your investment banker in the decision? This was a huge decision, and by the time it was made it was too late for Goldman Sachs to advise against it. If you’re going to pay your New York investment bankers $5 million, keep them in the loop.

The Investment Bankers Are Not Your Friend, So Get Their Opinions and Assurances in Writing.  Judge Saris wrote that “Goldman was dissatisfied with respect to Lernout’s answers on many due diligence questions up until the last moment. The transaction would likely not have gone forward if Goldman had voiced its ongoing concerns about financial due diligence. In his deposition, Wayner said he did not disclose any concerns he had about due diligence at the March 27 meeting because ‘the client did not ask.’”

=> Wow. Wayner was the senior Goldman team member. His testimony that he was concerned about due diligence but didn’t voice his concerns because “the client did not ask” shows how careful a client must be in dealing with its investment banker. When you are about to sell your company for $600 million in stock you should be waking up in the middle of the night worrying. And, before you fall back to sleep you should be emailing your investment banker and asking, “is there anything about this deal you’re concerned about that we should know before we jump?” The fact that an investment banker as prestigious, expensive and (supposedly) competent as Goldman Sachs took a “don’t ask, don’t tell” position toward its client says a lot about where investment banker interests lie. Could their $5 million fee on the sale of the company been in the back of Wayner’s mind when he weighed whether to tell the Bakers about his concerns?

Don’t Assume the Investment Banker is Creating a File You Can Use to Sue The If Things Go Wrong.  Judge Saris wrote that Goldman Sachs has a “written policy encouraging its mergers and acquisitions department not to safeguard their written notes. The policy tells investment bankers to keep ‘[n]otes supporting due diligence,’ to throw out ‘[n]otes to self-citing unresolved problems,’ and ‘[w]hen in doubt, throw them out,’ unless litigation has commenced.”

=> In case you had any doubts, that’s what’s going on behind the scenes at Goldman Sachs, and probably other New York investment bankers. If you make a note to yourself regarding an unresolved problem in an M&A transaction, throw it out. Why? So it can’t be used in litigation against Goldman Sachs if there is a legal problem later.

Near the end of her lengthy opinion Judge Saris observes that “The reasons why small startup companies like Dragon go to a place like Goldman to assist with hatching their golden eggs is because they don’t have their own expertise to analyze revenue projections by asking tough questions to potential merger partners.” Reading between the lines of her opinion, one could conclude that Judge Saris felts that Goldman Sachs did not provide that expertise to Dragon. However, this decision was the province of the jury, and the jury ruled for Goldman Sachs on all of Dragon’s legal claims. Judge Saris’ ruling on Dragon’s Chapter 93A claims was Dragon’s last chance, and she concluded that Goldman Sachs did not engage in conduct that met the test of “unfair and deceptive practices,” as that law has been interpreted by the courts. Absent an appeal, her decision marks the end of a long road, strewn with missteps by Dragon and its advisors. Perhaps it will serve as a lesson for the future.